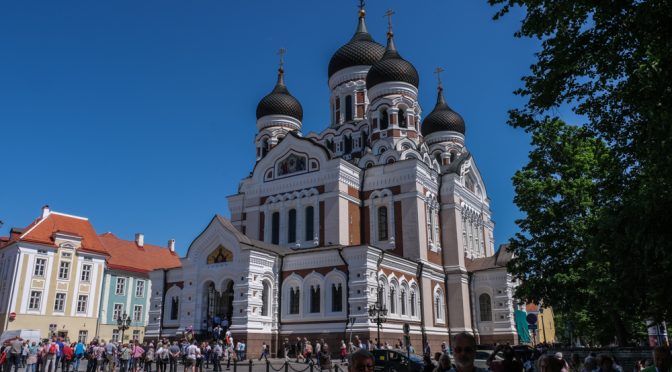 Our first port is Tallinn, Estonia.

Leave it to me to forget to mention the most brilliant and amazing thing to happen to us.  We were offered an upgrade to a penthouse suite and we took it….wouldn’t you?  When we were shown to our suite, we met Sonu, our very own butler.  He told us his goal was to make us happy and our wish was his command….no kidding….just like the movie “Arthur”.   Wow…..this should be good.

He visited us after unpacking.  His recommendation was for us was to enjoy our dinner and return to our cabin before 10 p.m. and “sleep in” the next morning.  He guaranteed we would wake refreshed and ready to fully enjoy being in the lap of luxury.  At an appointed time, he would bring breakfast to our room and set it up on the terrace overlooking the wide open ocean.  Who were we to argue?  So, here we sit looking out to the Baltic Sea with tea and toast and jam.  The filtered sunlight is playing on the surface of the water…..it is going to be a glorious day.

Sonu was right; we are refreshed without a trace of jet lag.  We set out in late morning for our self-guided tour.  We have a leisurely walk through Tallinn, the capital of Estonia, planned.

This is the smallest of Baltic States located on the Gulf of Finland, between Russia and Latvia.  It has been conquered and passed back and forth between the larger kingdoms of Sweden, Germany and Russia for many centuries.  Her 18,000 square miles is marshy and contains over 500 islands, 1,500 lakes.  There are 1.5 Million Estonians living within her borders.  Estonia became a sovereign state, independent from Russia in 1991 and was the first Baltic State to establish its own monetary system, the Kroon.

Tallinn is home to almost half the population of Estonia.  Over 400,000 live in either New Town or Old Town.  Modern skyscrapers march along the shorefront to our left.  We, however, take a right and climb the hill overlooking the port which will take us into Old Town.  The city was fortified by thick stone walls that tower two and three-stories above us.  Deep black shadows are cast over the narrow street.  We take care as we walk the ancient cobblestone streets winding our way to the top.    Many of the structures built in the Middle Ages are still standing and have been brightly painted shades of orange, yellow, pink and blue.

The Cathedral of Saint Mary the Virgin of Tallinn, built in 1240, will offer us the best view from Toompea hill.   We make it to the viewing platform inside the Baroque spire which wasn’t completed until 1778 by climbing the 140 steps of the spiral stone staircase.   Below us, the red tile rooftops cascade over each other down to the blue sea.