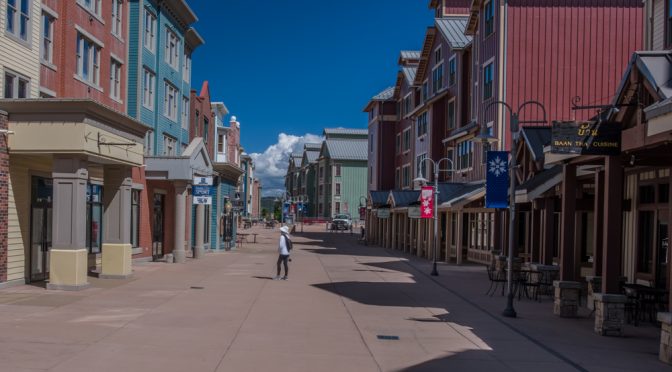 We set off in early June with our e-bikes for one of our favorite destinations, Park City.  The steep hills of the Wasatch Mountains would put us and the bikes to the test. We stayed in a condo built into a rugged hillside above Main Street.

On the morning after our arrival we climbed on the bikes to find the scenic Farm Trail.  As we sped down the hill, Terry yelled over his shoulder for me not to put hard pressure on the front brake unless I wanted to catapult myself over the handlebars. We flew down the road exceeding the 25 MPH speed limit!!   I was terrified and exhilarated.

We found the trail’s paved path alongside Highway 224 and rolled past McLeod Creek and the iconic white barn of McPolin Farm.  We passed an interactive musical sculpture and cruised through a shady, rural stretch and across Old Rand Road to Willow Creek Park.

We took a detour and began the climb to the Utah Olympic Park where the Olympic Team practices for winter games.

Team members wear full wet suits, helmets and skis to climb in single file up a winding three-story staircase.  At the top, they step onto the metal jump with their skis parallel to the pool below.

When the surface of the pool begins to bubble, the skier turns with a hop, gravity takes over and they speed to the bottom where they are thrown into the air.  Terry’s video captures them as they fly up into the air performing aerobatic maneuvers before hitting the churning surface of the pool.  The bubbles give the skier a focal point as well as lessena the impact of their entry.  Each time a skier hits the water a roar erupted and the crowd.

We left the carnival atmosphere of the village for Kimball Junction.  This is the last leg of what became our favorite 35-mile ride.  It parallels Highway 80 through the rolling hills of the wildlife preserve before turning to follow Highway 40W toward to Park City.  We thought about tackling the infamously steep and very popular Guardsman Loop.  Locals who ride the trail say you can reach 40-50 MPH descending the mountain.  We came to our senses and chose to drive to the summit for the panoramic views.

Here’s a couple of tips:  We found men and women’s UVF Sun Protection tee shirts at Lands End and our helmets have a brain cushion and visor built in.

David Schultz https://davidcschultz.com  led our photography workshop.  We met David just before dawn in the meadows behind Heber City.  From there we navigated the gravel 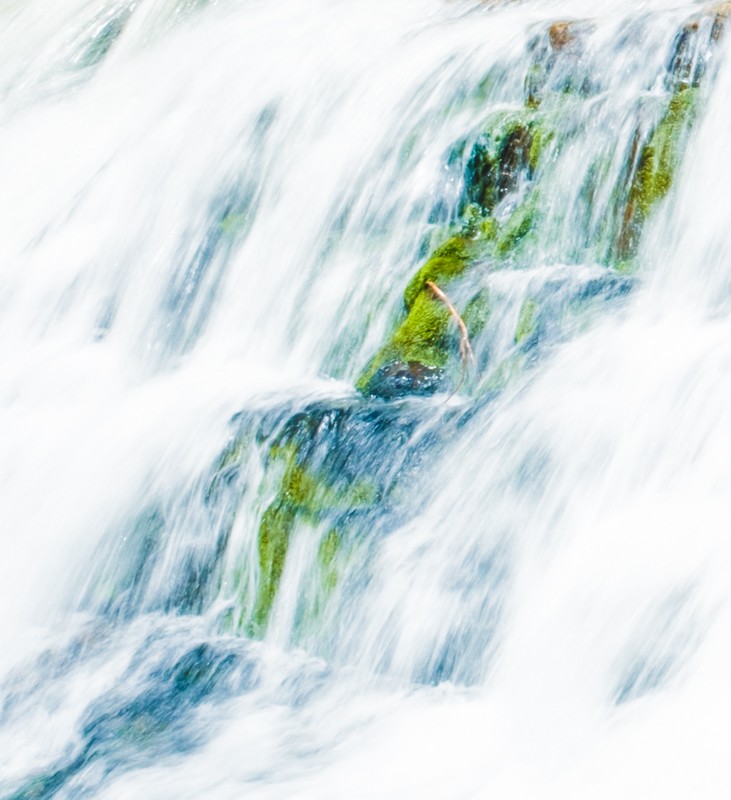 roads deep into the Wasatch Mountains.  We parked and hiked through grassy meadows and carefully make our way across streams.  We climbed up a hillside to stand on a granite outcropping to photograph a secret waterfall.  Some of these waterfall photographs blur the motion of the water and resemble an abstract painting.

If you are planning a trip to Park City we are happy to share more details of our trip including a day trip to Ogden and Jordanelle State Park.