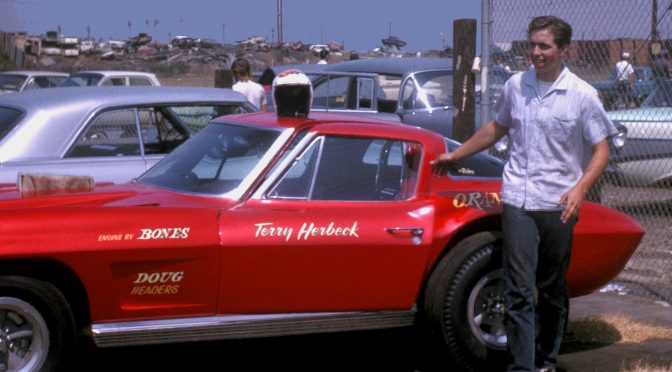 Terry’s dad, Ralph, was a great dad who supported Terry in all his interests from Corvettes to boats to airplanes…whatever had an engine and could go fast.  This story is dedicated to him.  Thanks Ralph for mentoring such a great son.

After work, late into the night their two heads would be bent over the engine compartment, tools in hand, coming up with ways to increase the horsepower to beat the competition. “Orange Peel” was named after its custom paint job.  The photo above is Terry on race day.

Dad stands on the bleachers at Lyon’s quarter mile drag strip looking at the starting line.  His body is tense thinking about the dangers of racing down that thin black strip of asphalt at speeds in excess of 130 MPH.  His ears are filled with the rumble and deafening roar of the engines.  The son, oblivious to any danger, is behind the wheel on the starting line.   His body, filled with adrenaline, anxiety and excitement, vibrates in unison to the powerful shaking of the engine. 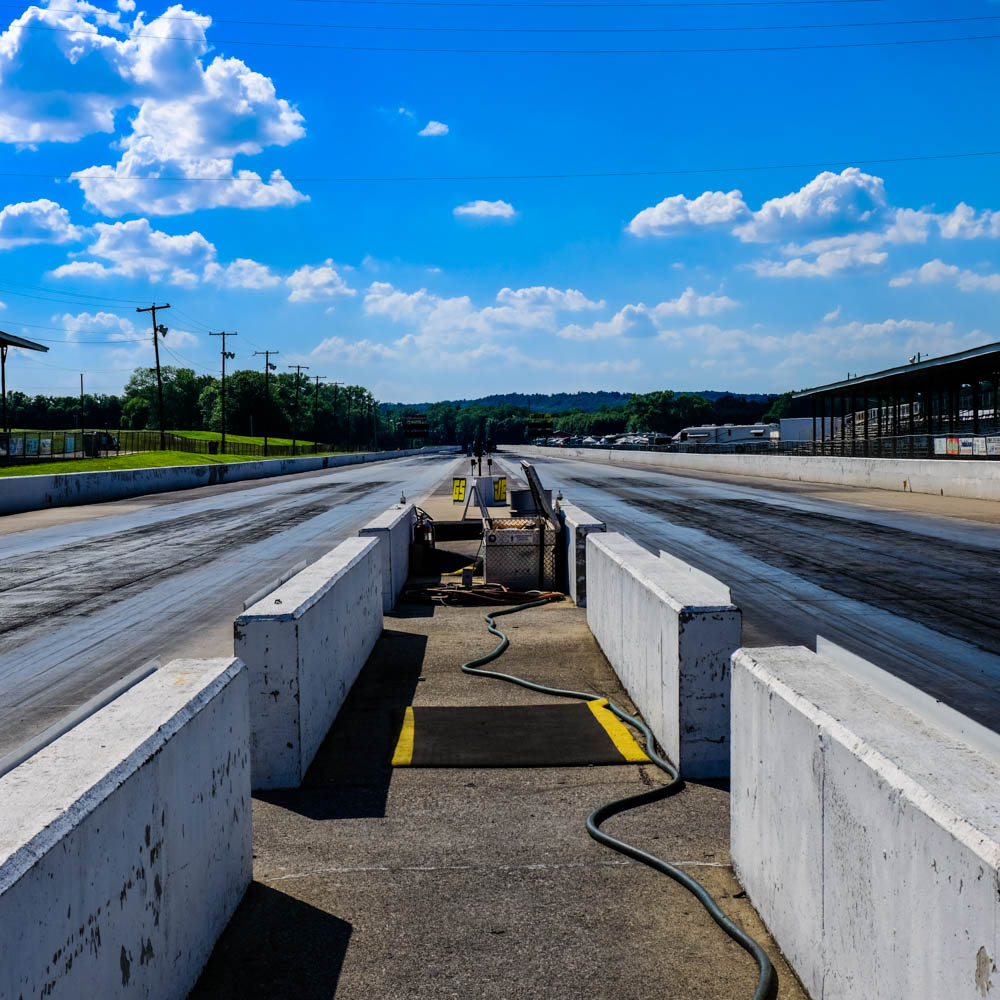 He is next on the line and is holding his breath waiting for the green light.  He watches the lights turn from red, to yellow and finally to green.   His hand grips the gearshift; he pushes it forward and stomps his foot on the pedal.  He becomes an orange blur going down the track.

Those long hot days of that summer at local tracks; the rumble of engines and the smell of gasoline brought them close together.  The twin ear to ear grins as the son raised his trophy overhead to the cheers of the crowd would not be forgotten 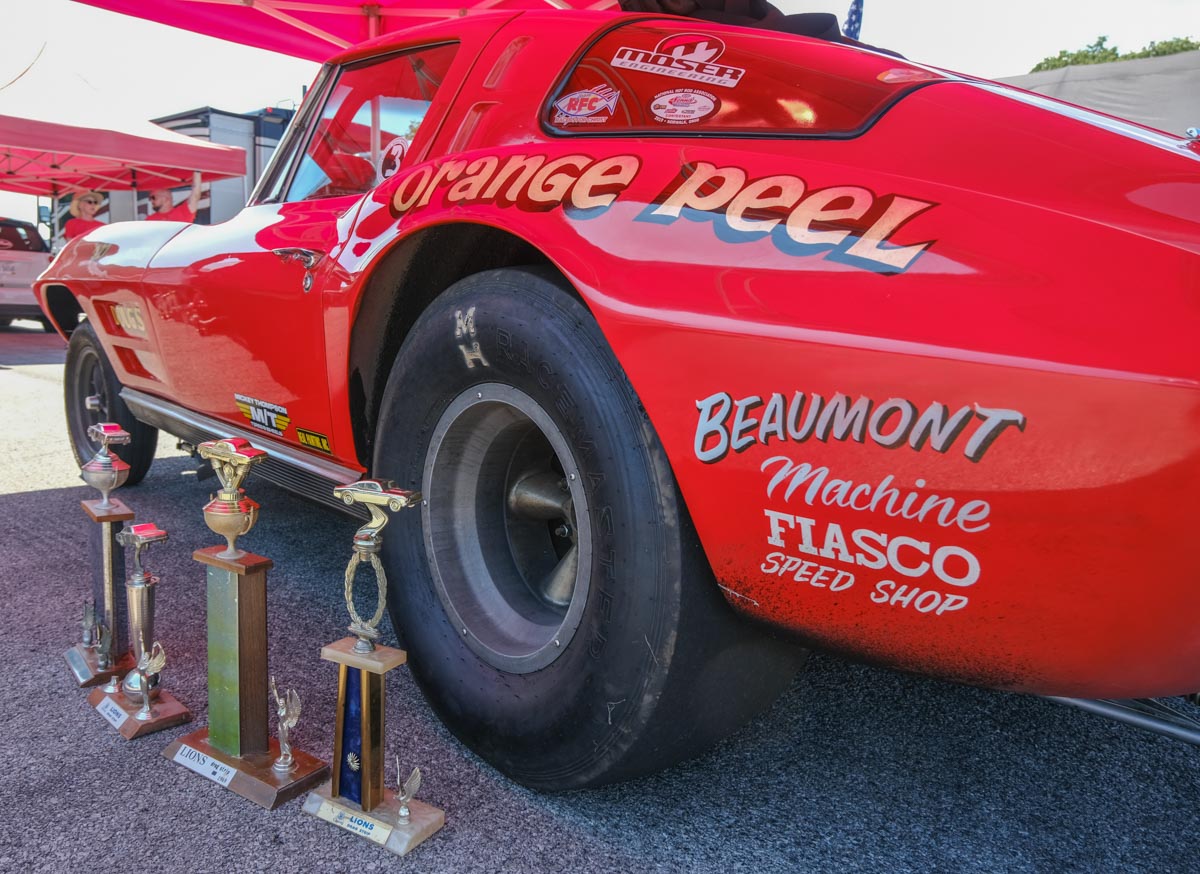 “Orange Peel” raced and won its class turning its best time of 10.32 or 132 miles per hour.   Both dad and son sacrificed to keep the car running and if asked would say it was absolutely worth it.

Two things happened in late 1966.  Orange Peel’s engine blew and a draft notice was served on the son.  The car was pushed into the workshop and the son reported to the Army at Fort Hood, Texas.

The dad put his mind and skills to rebuilding the silent engine.  Night after night he returned to the workshop.  Rebuilding the engine gave him something to do and something else to think about while the son was away.  Local tracks like Lyons, Irwindale and San Fernando Valley Raceway began closing during the time the son was away.   When the son returned and the local tracks had been closed, the car was sold and the son and dad were on to other interests.

Terry, the son in this story, received a telephone call eight years ago from a gentleman named Ed Beaumont.  He was asked if he had owned a racing Corvette named “Orange Peel”.   Why yes I did…why do you ask?  Well, my son and I found the car in a barn in Texas.  We bought it and while restoring it found your name faintly written on the driver door. We are racing again and wondered if you had any of your memorabilia from the car’s racing days.  Since then the two have exchanged telephone calls and emails.  Terry sent Ed all the racing memorabilia and trophies that marked the time the car was his to race.  Gasser Magazine ran a feature story on “Orange Peel”, her glory days of old and current winning streak.

This summer an invitation was given to Terry to attend the NHRA Hot Rod Reunion Drag Races at Bowling Green, Kentucky over Father’s Day weekend. 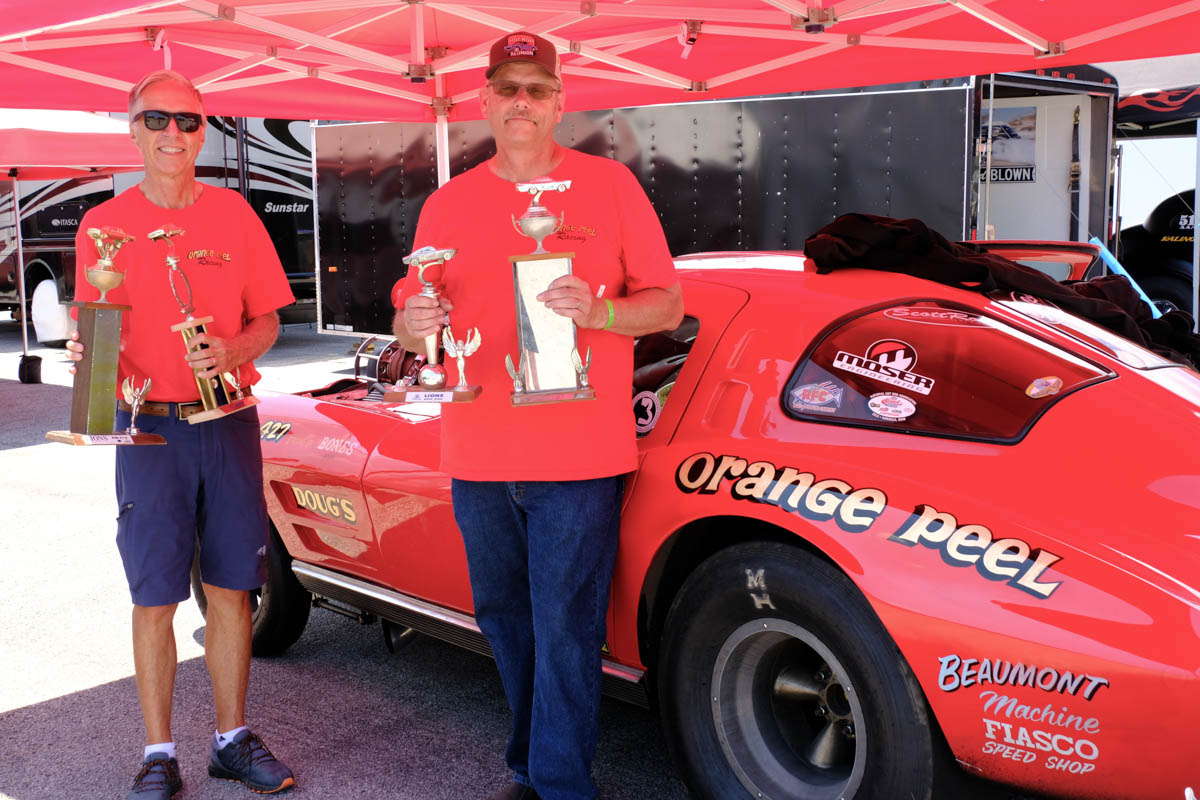 We left Arizona in early June and have made our way to Kentucky to meet Ed, listen to the rumble of engines and see Orange Peel race again.

I would have wanted to tell you a storybook ending, but that was not to be…the morning of the big race, Ed was told he could not run because his fire suit did not meet the technical requirements of the Beach Bend Raceway and the NHRA.  A new fire suit was to be delivered for the next day racing schedule, however, we won’t be there when Orange Peel’s tires hit the track.  We will be miles away down the road anticipating our visit with the Warren family in London, Kentucky. We do look forward to the promised video and photos of the race.