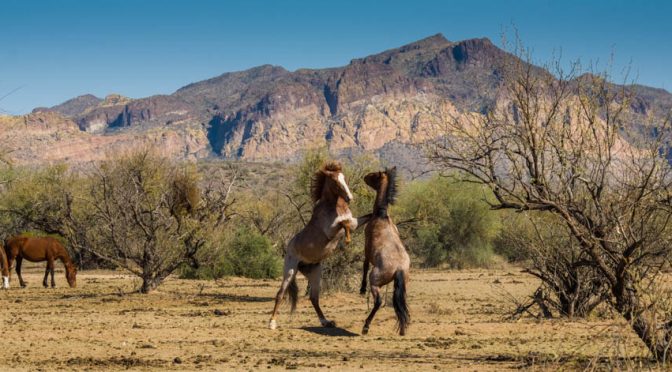 Wild horses, descendants of the horses brought by the Spanish, have roamed freely along the Salt River before the Tonto National Forest was designed in 1902.  Even though they had been living on the land for over a century, their fate was uncertain in the early 21st century.  In 2015, the United States Forest Service issued a notice declaring the herd as “unauthorized livestock” and announced a plan to capture, remove and auction off any unclaimed horses. END_OF_DOCUMENT_TOKEN_TO_BE_REPLACED