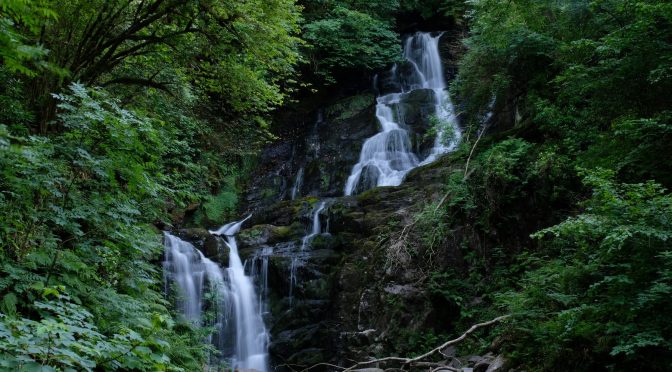 We are on Iveragh, the larger of County Kerry’s two great peninsulas in south-western Ireland.  Killarney is our base  before our drive around the Ring of Kerry.  I am so ambitious; I think we can cover the 179 kilometer circular route in a day.  I never could judge distances on a map.  Well, we are going to give it our best.

We plan to be in Sneem for lunch and end at Ross Castle.  We cross River Laune and head south into this natural wonderland of forests, rivers, lakes, sandy beaches and Ireland’s highest peak, Corran Tuathail.  The highway runs along the coast of Dingle Bay as we head for Cahersiveen.  All the while the highway takes us through bucolic countryside and then up steep mountainsides.  The narrow roadway is best traveled by car in a clockwise direction which saves us the bother of trying to pass the tour buses who travel in a counter-clockwise direction.   Nothing saves anyone from passing the bicyclists as they struggle to climb the mountainsides, their bikes loaded with their gear.

I’m making Terry crazy asking to stop at too many turnouts to ooh and ah at the scenery.  The warm Gulf Stream keeps the winter climate in this part of Ireland very mild.  Lots of sub-tropical vegetation many I recognize from home.  If you are adventurous, you can take horseback rides along the beach in Rossbeigh or sky walk on a rope bridge at Kells Bay. 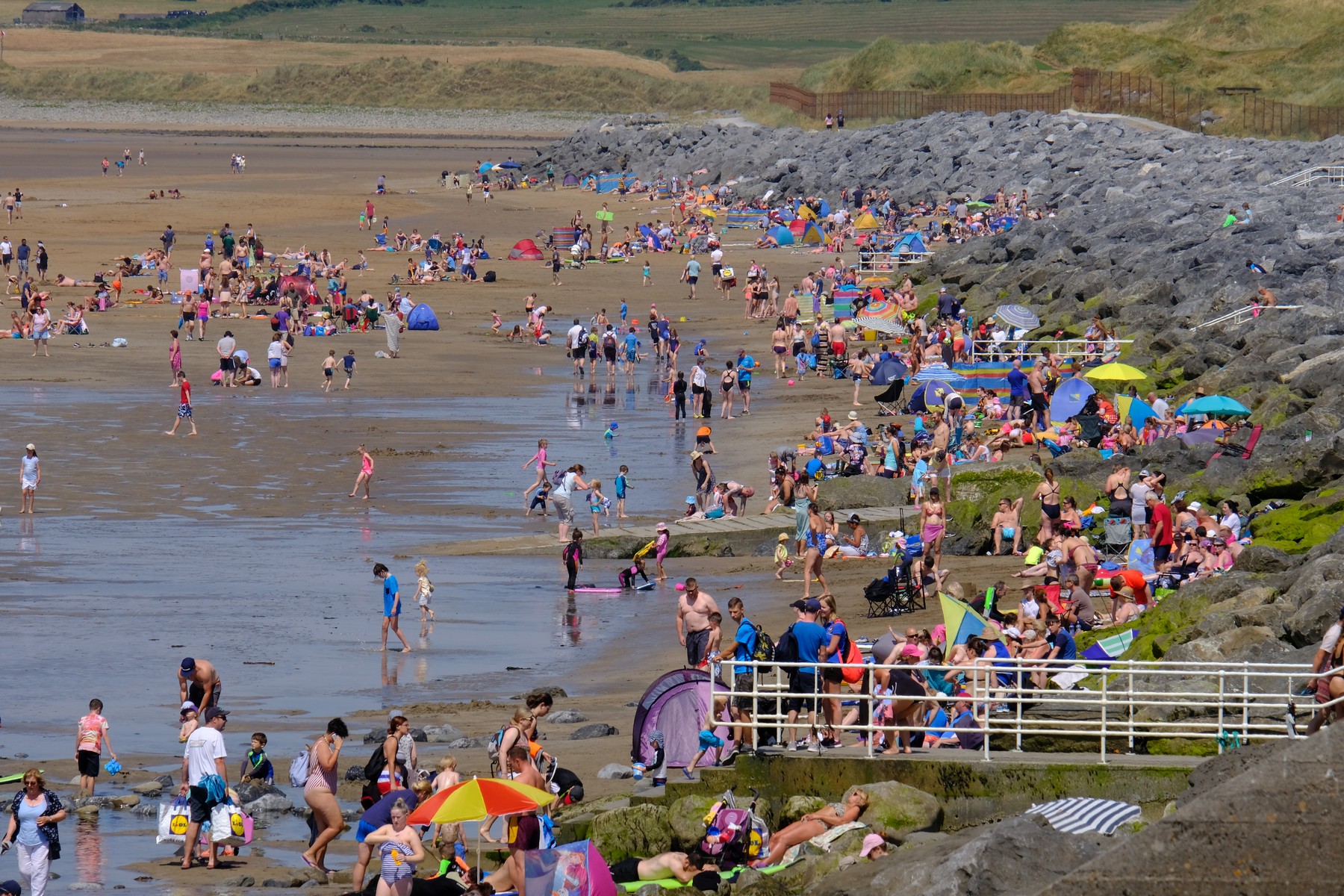 We make a stop in Waterville.  Guess what?  It is still hot and many have come from miles around to enjoy the wide sandy beach….I mean many, many of ‘em.

We make the turn and head for Sneem.  The Kenmar River will be our companion as we head north back to Killarney.

What would it be like to live in these perfectly painted and maintained little villages?  We make the climb to Tor Falls adjacent to Muckross House and then drive to Ross Castle.  If you fancy traveling back in time….you can take a Jaunty Cart through the mossy woodlands in Killarney National Park. 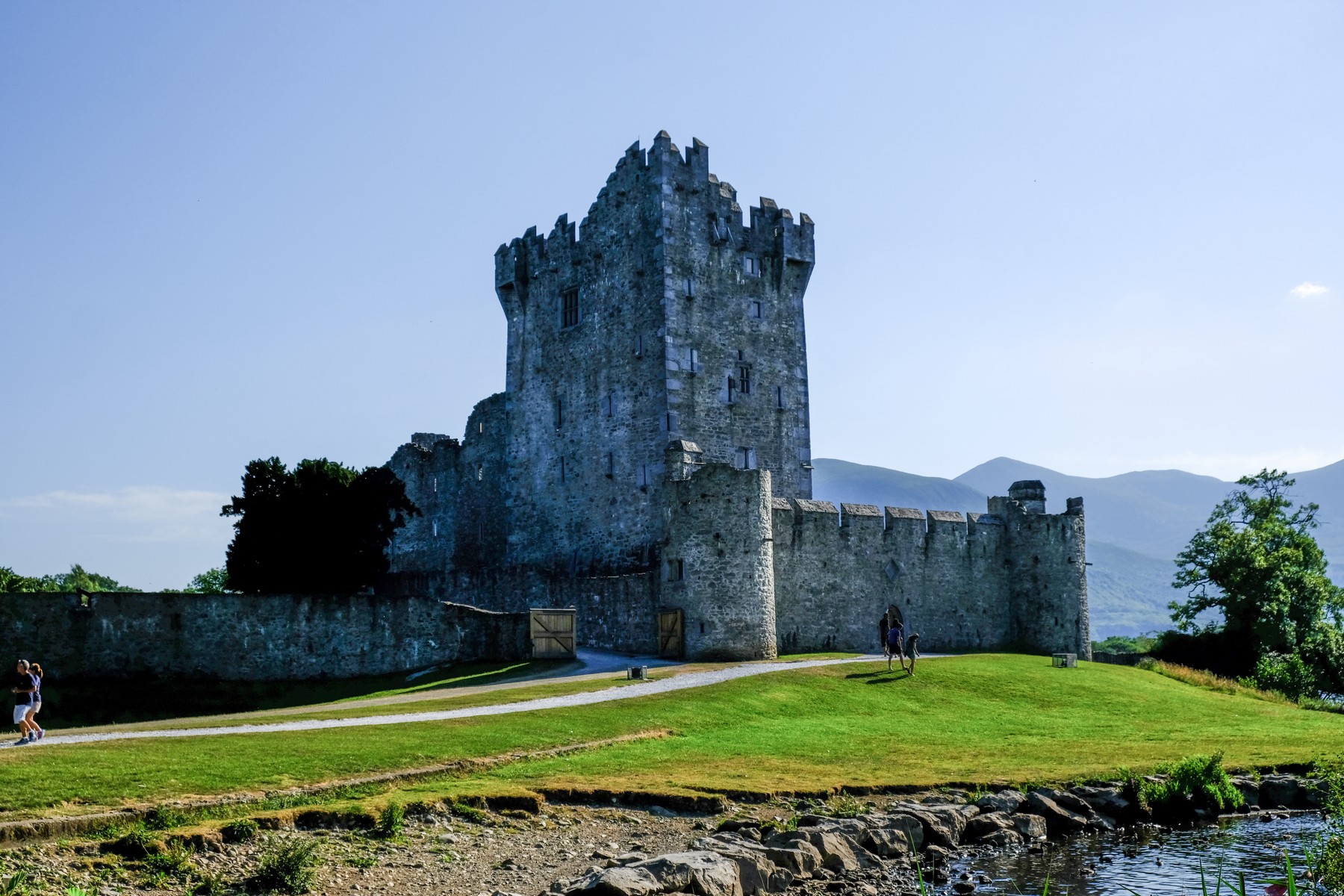 Ross Castle on the shores of Loch Lein was built by O’Donoghue Ross in the 15th century.  It was one of the last castles to fall to Cromwell’s English forces in 1652.  The castle became a military barracks and remained so until the 19th century.

We made our round trip in just over 9 hours.  I don’t remember what I ate before bed.  Tomorrow we leave for Galway with a stop at the Cliffs of Moher.