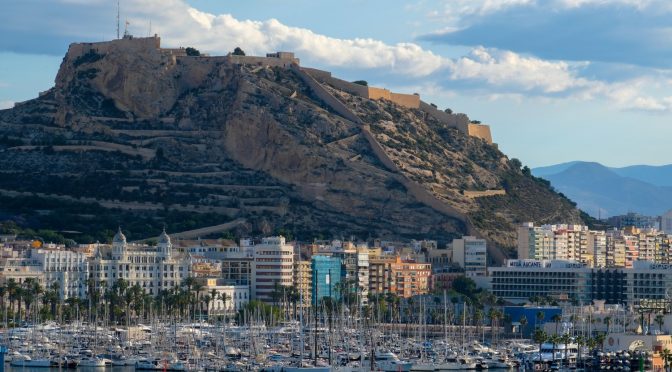 The ship docks in Alicante, in the heart of Costa Blanca  Spain.  This area has been inhabited for over 7000 years .  In beginning of the 8th century, the Moors ruled southern and eastern Spain until the 13th century.  King Felipe III expelled the Moors between 1609 and 1614. That cost the region dearly.  Things only got worse in the early 18th century after the War of Spanish Succession.  It went into a decline from which it did not recover until the end of the 19th century.  Today, tourism has played a major role in its recovery.

We’ve decided to tour Villajoyosa known for an interesting mix of fishing, chocolate and expansive beaches.  Then on to Altea a small village of colorful homes stacked on the hillside.

Then it’s on to the village of Altea.  Picture perfect white-washed houses, far from the hustle and bustle.