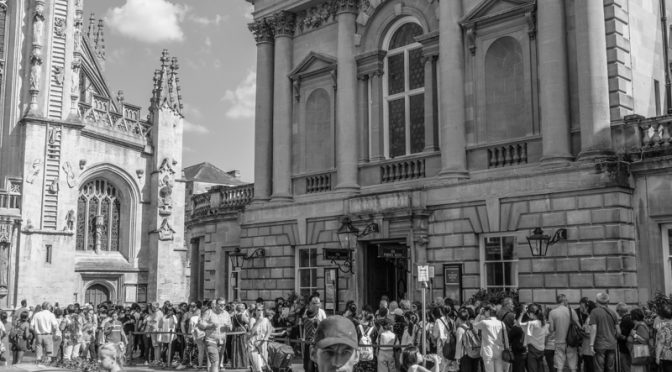 Ever been on restriction as a kid?  Sometimes I get put on movie restriction after we see a movie of my choice that stinks.   It takes a long time to get Terry back into the theatre.  I tell you this as background for putting myself on restriction.  I think I’m a bit daft.  I’ve picked places where I know there are going to be crowds, but I just didn’t believe they were going to be BEIJING SIZE CROWDS.

First case in point….I am hoping to photograph Castle Combe, a charming village with, you guessed it….little stone houses in neat rows,  a stream, several bridges and leafy green trees lining the narrow single lanes.  We leave early, but  “they” left earlier and have beaten us to the punch.  It was like looking at the ant farm my brother had when we were kids.   Terry is driving very, very slowly down the only single lane tract through town dodging illegally parked cars and avoiding oncoming traffic.  He had to be on the lookout for some who walked into traffic while texting on their phones or the few who backed up into the street to take a selfie.   Sheer madness.  I think I might just snap a photo through the car window.  Nope, Terry sees his opportunity for escape and we are down the road to Bath.

Second Case…..Cam and Margaret, friends who live near Vancouver, gave us a warning before we left on our trip.  His words were, “Oxford  is just a warm up for Bath.”   Honestly, I didn’t think Oxford was too crowded.  We walked the streets without too much difficulty, so I thought our visit to Bath would be a piece of cake.  Hahaha

Parking before getting to the center of town was my thought, his was to drive through town.  If we couldn’t find a parking place, we would just continue to our next VRBO.

I wanted to see what I had only seen in books.  The baths were built on a site discovered by the Celts in 60 AD known for the hot springs and their restorative powers.  The bathing complex was gradually built up over the next 300 years.  The original baths fell into decay around the 6th century.  Modifications began in the 12th century and continued through the Victorian era.  As recently as 2009, the access to the baths was improved. Ironically, the baths are no longer suitable for bathing.  The water still passes through the lead pipes.  Modern day bathers can enjoy the newly constructed Thermae Bath Spa nearby.

Terry deferred to my bad judgment,  we parked, locked the car and began our 1.5 mile trudge under the hot sun into town.  Good husbands do not want their wives to be disappointed…I have a good husband, he has a bad wife who ignored his wisdom and experience and kept to her unrealistic plan.

Did I mention it was uphill to the center of town?   I arrive, hot and grumpy, turn the corner and see stadium size crowds who have waited 90 minutes just to buy tickets.  There are slightly less folks on the other side who will stand under the hot sun for about 60 minutes waiting to enter.  The only sensible thing to do now is to look for pub.  We found one in a shady courtyard with trio of cello musicians playing out front.  Music calms the savage beast and the unrealistic woman.

After lunch I’ve come to my senses and we walk to the River Avon taking a seat on a bench under a tree.  We watch paddle boarders float by.  Terry hasn’t uttered “I told you so”.  Instead he says, “If it’s important to you, then let’s just go back, buy the tickets and see the darn thing.”  Well, we do have to go through city centre to get to the car……so back we go.  I turned the corner to the entrance and chickened out.  Cam was right…too many tourists.  We walked back to the car under what shade we could find.  I, like Terry, just want the peace and quiet we hope to find in Stoke St. Michael our next stop.