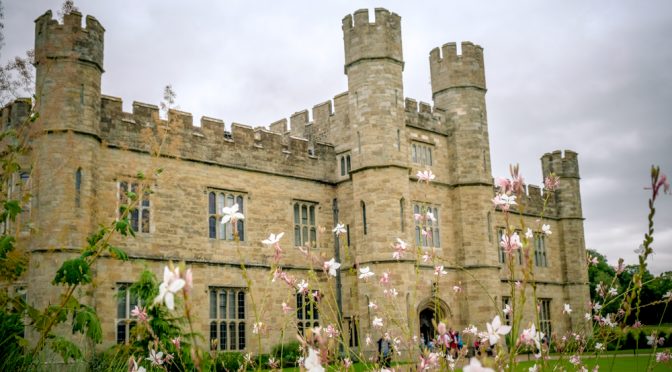 In 1925 Leeds Castle went on the auction block to pay death duties.  The “six spacious entertaining rooms, twenty principal bedrooms and plenty of room for servants” was acquired by the then Mrs. Wilson-Filmer who was looking for a country retreat.  Mrs. Wilmer’s name changed to Lady Baillie when she married for the third time and things got really glamorous.

Hemmingway’s “The Great Gatsby” epitomized the mood of the 20’s and 30’s in America.  Just like Jay, Lady Baillie was also incredibly wealthy, mysterious and aloof.   Her wondrous parties fed the new thirst for hedonism, albeit in a slightly more discreet manner in Britain.  She found great pleasure bringing together the rich and powerful.    In the era of the great House Party, Lady Baillie, an Anglo American heiress, was a pivotal player, becoming one of the most influential hostesses of her day.

Had you run with the likes of the Duke of Kent, Queen Marie of Romania, Douglas Fairbanks, Charlie Chaplain, Errol Flynn, David Niven, Noel Coward, Winston Churchill, Anthony Eden or Pamela Harriman you would have crossed the wide moat surrounding the castle to enjoy the height of comfort and luxury.  During the day you could swim in a pool with a wave machine, play tennis, squash, croquet, ride across hill and dale or boat on the moat or lake.

In the late afternoon you could enjoy a drink on the balcony while watching a small herd of zebras criss-cross the beautifully manicured green lawns.   You would retire to your suite, get dressed to the nines and attend a sumptuous dinner.  The evening was just beginning.  Music from the velvet lined Grand Salon would drift down the stone hallways enticing you to dance the night away on ebony dance floor.

In 1974, upon her death, Lady Olive Baillie issued an invitation to the public.  “Come and enjoy my weekend retreat, Darlings.”  That was just like her to issue an invitation to a lavish party at Leeds Castle she did not attend.

We take Olive up on her invitation and drive over the narrow lanes to the castle.  The grounds provide large open spaces for picnics; there is a maze in which to get lost, a ferry and small punt boats to take you along the lake and moat, a museum and gift shop as well as a restaurant.  An 18-hole golf course surrounds the property.  There is a B&B for those who want to stay longer. We wandered through the castle rooms which are beautifully furnished.

As I walked the stylishly furnished rooms, I could image the politicians and screen stars of the past lounging in front of the carved marble fireplace, drinks in hand, dressed for dinner in tux, tails and ball gowns.

Her gardens are filled with flowers and the bees were buzzing.  Her favorite terrace garden was filled with Mediterranean plantings, some I recognized from home. 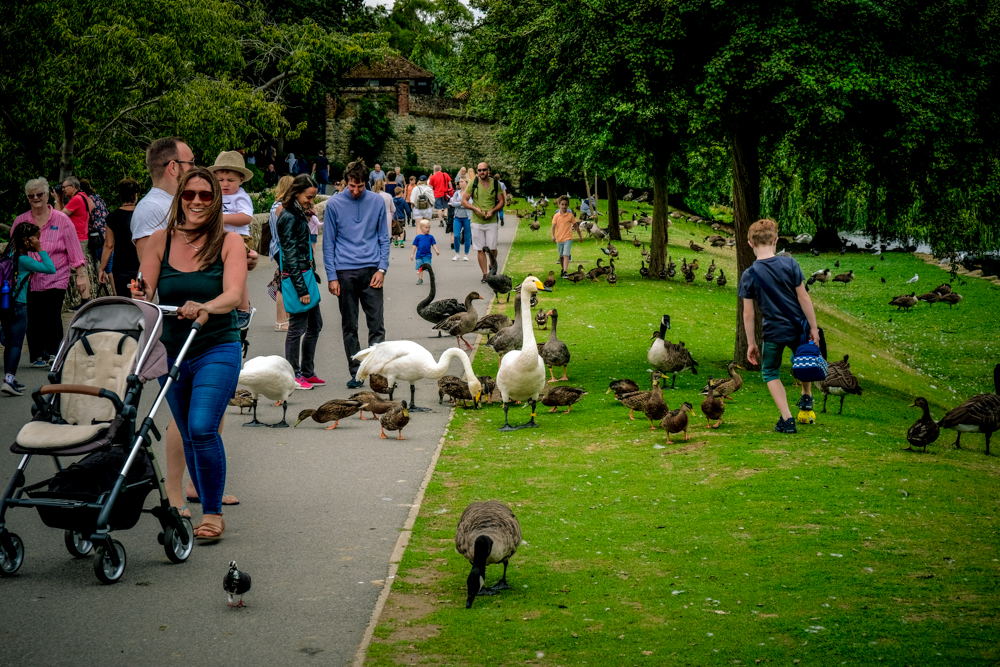 Young families picnicked on the lawn and feed the swans, ducks and geese.