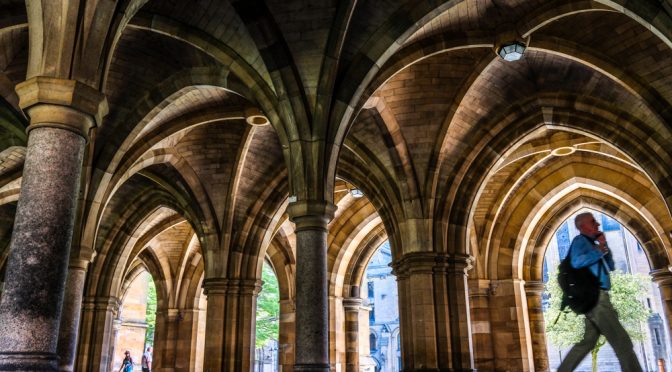 We stopped overnight in Belfast to see the Titanic Museum and are up early to drive to the airport to catch our flight to Glasgow Scotland.  I thought we were going to the international airport.  Who knew Belfast has two airports? It pays to have someone smarter than me look at our tickets.  The hotel clerk brought it to our attention we needed to go to the City airport just 10 minutes away, not international 30 minutes away….what a mess we would have been in going to the wrong airport, drop the car, finding out we needed to be at the city airport, take a cab and probably miss the flight.

We drop the car at the right airport and check in.  I assumed we each got one bag free with our tickets. So, I crammed everything into the 27” bags and checking them through to Glasgow.  I thought all the dangerous stuff:  10 oz. cans of hair spray, 5 oz. bottles of body lotion, shampoo, etc. was transferred from the 22” bags which we would carry with the two backpacks onto the plane.  Surprise!  The fare was so cheap it doesn’t include the bags, so pony up 50 Euros each.  Ouch.

We had almost gotten through security when one of our 22” bags is pulled off the conveyor belt.  A stern voice commands, “Step this way.”  Terry is asked to unlock the bag.  We watch as they go through it.

“Do you have a knife in here?”  No, he says.  The female security officer looks him in the eye and pulls out a Ziploc bag which not only contains a Swiss Army Knife but a tiny pair of scissors!  She looks accusingly at us.  I had not seen the bag when I was re-packing.  And just like David Copperfield, she pulls out another plastic bag and holds it in our faces.  “What about these?”  The bag has two 5 oz. plastic containers, one for bug repellant and another for hair gel.  So now she is staring at us as she swings both plastic bags.  We hang our heads in shame.

Our only choice is to check the bag.  Terry makes his way back down to the first floor.  He checks in the offending bag and pays an additional 50 Euros to get the darn thing to Glasgow.  That makes 150 Euros for bags.  He heads back to security.  He is stopped from entering.  He is told his boarding pass has timed out…he has to return to the first floor and get a new one.

Hold on, it gets better.  We don’t see a gate posted for our flight so we head for breakfast.  We have finished and still no gate posted for our flight.  Okay, we take a seat to wait.  I hear a distant voice over the loud speaker …”Last call for Flight 366 to Glasgow boarding at Gate 7”….where the heck is gate 7 and why wasn’t it posted?  Of course everyone else knew Gate 7 was moved downstairs due to the construction in the airport so down we go to join the queue.  We are last in line to head out the door to the tarmac and up the stairs into the plane.  Well, remember that 22” suitcase and two back packs?  The prop plane is a fully booked and it feels like all eyes are watching us as we find out seats.  Of course the overhead compartment is stuffed full and the 22” bag doesn’t fit.  They have closed the doors to the plane and we are told to sit down.  I see the attendant marching down the aisle toward us.  Terry is shoving the backpacks into the overhead.  I grab the offending 22” and ram it under the seat in front of us.   There’s no room for our feet.  I pull Terry down into his seat and tell him to put his jacket over his knees.  I do the same.  I’m hoping the flight attendant won’t see our feet up on the suitcase.  We spend the next 40 minutes with our knees around our ears.  Moral of the story, if you are flying with cheap tickets on a prop plane – you are going to pay three times the cost of the ticket to bring your bags and nothing bigger than a bread box goes with you on the plane.

We are off the plane in Glasgow and into a rental car.  This one has GPS and we find the VRBO apartment in the center of town next to St. George Square.  We unload the baggage and head for the basement parking provided by the owner.  Beware – Glasgow is a city of one-way streets.  It takes us 15 minutes to circle the city and find the garage four streets over.  Fox Street is of course one way and about 12’ wide.  One side is lined with a construction fence which projects into the already narrow street. We find the silver metal door to the basement parking.  The opening is about 12” wider than the car.  After a few attempts, some “Oh, craps” and “This isn’t going to work” the car begins its descent.  I just close my eyes and listening for any scraping sounds.  Success, we don’t intend to move the car until the end of our stay….we will think of how we are going to get it out then.

We decide a drink is in order and find a small café to rest our nerves.  The architecture here is magnificent.  Towers, spires, Gothic, Romantic, Georgian, corbels, Palladian arches, columns of every description, every building has applied design, Roman keys, barrel vaults…it goes on and on.  It doesn’t stop with the exteriors…just step inside the City Chambers building.  It boasts more marble used in its construction than the Vatican!  I’ve stepped inside and I believe them.

There is a tradition of putting highway cones on the head of the statue in front of the Museum of Modern Art….just a preview of the artistic venue inside.  The 6th floor of the Glasgow School of Art provides the best skyline view of the city.

We walked along the River Clyde to the Riverside Museum home to over 3,000 objects from Glasgow’s days as a maritime powerhouse.  I was told to view the museum from the air the roof of the museum looks mimics what sand would look like when you pull your fingers through it…from the ground it looked like a cutout of a tall ship.  In fact the “Gleinee”, one of only five Clydebuilt sailing ships that remain afloat sits adjacent to the museum.