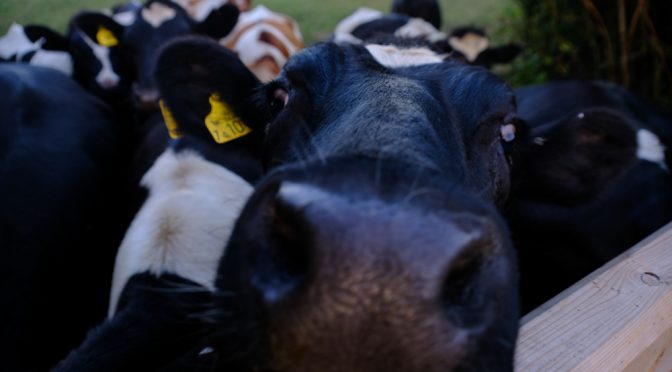 Yup, that is how this area is described on the map.  And, you know what?  They are exactly right.  Rolling hills covered in rich velvet of greens and yellows, stands of  trees in varying shades of green march up and over the horizon line.  The flocks of sheep munch away under a vast blue, blue sky broken with white clouds the size of ocean liners steaming in a straight line to a far away port.

Our VRBO, The Home Cottage, is located in Stoke St. Michael, just outside of Shepton Mallet, just to the south of Radstock, just to the ….well, you get the picture.  It is RURAL.  Nick, our host, sent directions “…. Begin by heading down the same track that leads to Lovell’s farm (it is a turning between Limekiln Lane and Frog Lane).  If heading west from the centre of Stoke St. Michael, the turning is to the track is on the right c500 metres after Frog Lane.”  We plugged in the postal code instead.

We have to open a wooden gate to get into the property.  Then drive up to the top of a gravel drive.  We park, get out and are the masters of all we survey. The cottage is a newly built (to look old) very modern little space.  We will be quite content here.

We are surrounded by pastures, fields and tree tops.  The only other living things we see are curious cows marching toward us through the pasture.

Terry enjoys a full day and morning of well deserved rest.  Nick stops by in the morning to investigate the lack of wifi.  He and Terry commiserate about the conditions of English roads, the increase in tourism and crowds, the surrounding area, etc. and the conversation led to his suggestion we visit Stourhead House and garden.  It is fairly close to us near Mere in Wiltshire.  It was a brilliant suggestion!

The Stourton family lived on this 2,500 acre estate for 500 years. In 1717, Henry Hoare bought the estate, demolished the manor house and built his own Palladian mansion.  Over the next 200 years, the Hoare family built on Henry’s original collection of paintings, statutes, furniture and other things beautiful and important. The war had claimed the last heir and to avoid the house and gardens falling into decay, it was given to the National Trust in 1946.

Henry Hoare II designed the gardens between 1741 and 1780 in a classical 18th century design set around a large man-made lake which was planned before the construction of the Temple of Flora, the Pantheon and Grotto.  The original planting of the garden took a team of 50 gardeners. The inspiration came from landscapes painted by well known artists such as:  Claude Lorrain’s  “Appolo and the Muses on Mount Helion”; Nicolas Poussin’s “Spring or the Earthly Paradise” and Gaspard Dughet’s “View of Tivoli”.

Their paintings were of utopian-type views of Italian landscapes. I think Henry painted with trees; he has massed different species of trees together giving the viewer rich contrasts from light to dark with a sprinkling of lighter greens here and there. In autumn the garden is a riot of color and textures. 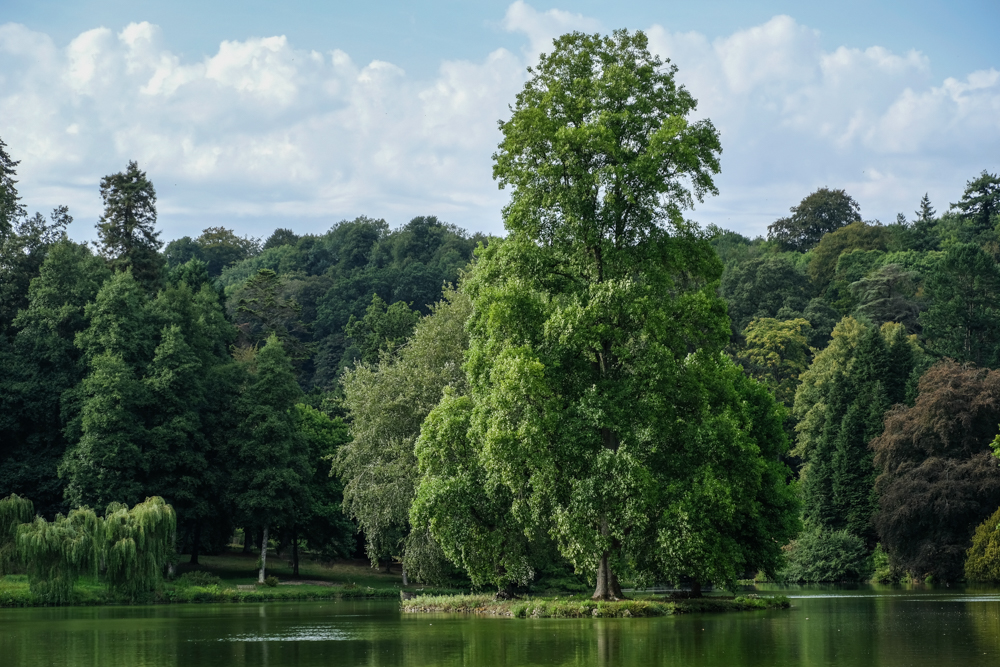 In 1791, Sir Richard Colt Hoare inherited the garden.  He removed some of the original structures and added more trees.

A “Grand Tour of Europe” was considered to be the best way for a gentleman to complete his education.  Italy was the destination to take in all the Renaissance period had to offer which included the remains of ancient Roman and Greek civilizations.  Private collections were begun and treasures sent back home to England.  It was a “grand tour” that inspired much of the original garden.  We found five Palladian Bridges, two grottos, a rural cottage, two temples and a cascade (waterfall).  We climbed up the path to take in the view from the temple of Apollo.  The rhododendron leaves were so large we could have broken one off and used it as a row boat.  Our relaxed walk through the gardens took about 2 hours.

My words and our photographs cannot capture the serenity, peacefulness and beauty found at Stourhead.  We hope we have given you a sense of what you can find in this magical place.  You have to be here, walk the shaded paths, sit on a secluded bench gazing out over the lake, let the sun shine on your face while you watch the swans skim the water’s surface….let it get under your skin….to appreciate the vision and efforts of Henry “The Magnificent”.  When you look at the photographs, we have not enhanced or saturated the colors, the landscape is as vibrant as it has been captured.

I have a new dream….I found there are guest cottages on the estate.  My dream is to come back and spend a couple of weeks just roaming the gardens and taking photographs.