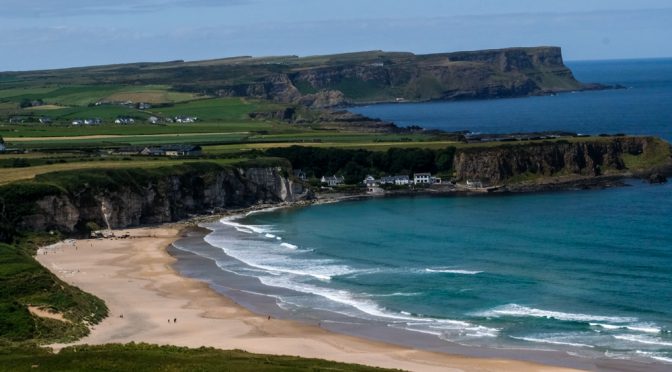 The Cliffs of Moher will prepare you for the Antrim Coast.  The Wild Atlantic Way has long been known for its rugged coastline, natural wonders, long sandy beaches, historic buildings and spectacular mountains and cliffs.  The Lodge in Coleraine Northern Ireland, would be our base.

Our photography workshop with Darren, who we worked with in Dublin, will begin in the late afternoon.  We will work together until the sunset.  We will follow the A2 Highway along the coast.  It was constructed between 1832 and 1842 by William Bald.  Bald had the vision to build the road at the foot of the cliffs.  He blasted the cliffs and the debris became the base for the road.  The road provided a much needed road for merchants.  If you wanted to sell your goods, you would have had to sail them across the sea to Scotland.  The road is very similar to highway 1 in Northern California.

Just up the road from the Giant’s Causeway is a rope suspension bridge about 20 meters long that links the mainland to tiny Carrick Island.  It hangs about 30 meters above the rocks.  It looks like fun, but we won’t be crossing it today.

About 50 million years ago the Antrim Coast was subject to intense volcanic activity.  The molten basalt formed an extensive lava plateau which cooled leaving cracks that propagated downward.  The cracks left were pillar like structures which are called biscuits. 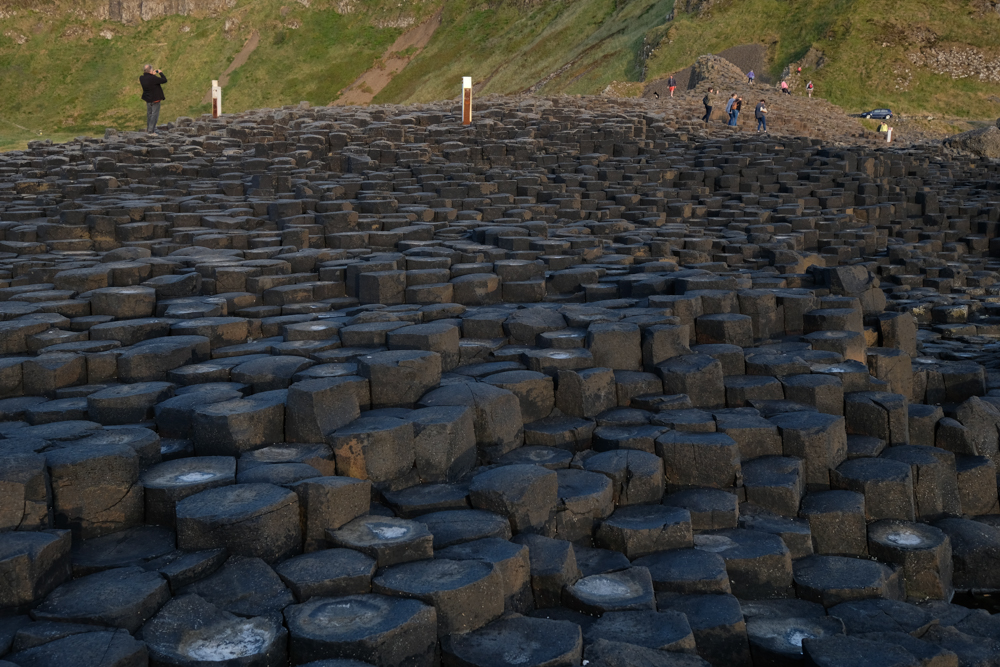 The causeway is an area of about 40,000 interlocking basalt columns.  It is a UNESCO site and named as the fourth greatest natural wonder in the United Kingdom.   According to legend, the columns are the remains of a causeway built by a giant to make it possible for him to traverse the North Channel.   At low tide you can pick your way across the tops to the edge where the columns disappear into the ocean.  This will be our last stop to photograph the sunset.

We stopped and walked through the now-ruined medieval Dunluce Castle, near Portrush.  Built on the edge of a cliff overlooking the ocean in the 13th century, it was abandoned after the Battle of the Boyne in 1690.  Legend has it a portion of the kitchen fell into the sea and the lady of the house refused to live another day within the walls.

The road to White Rock Beach was surrounded by a field of what looked like thousands of tiny white wildflowers.  It turns out it is a potato field in flower.  On the rocky shore of the beach near the white cliffs we found a band of costumed folks acting out a battle scene from the “Game of Thrones”.  For me, the highlight was meeting two young brothers who were learning how to dive in the cove.

I was especially excited to walk through The Dark Hedges near the town of Ballymoney.  These impressive Beech trees were planted in the 18th century.  The trunks are as large as elephant legs and the foliage which interlocks at the top creates an eerie “tree” tunnel.  Just like White Rock Beach, it was used in scenes from “Game of Thrones” and now is a popular tourist site.  We were fortunate, there were no tour buses during our visit. 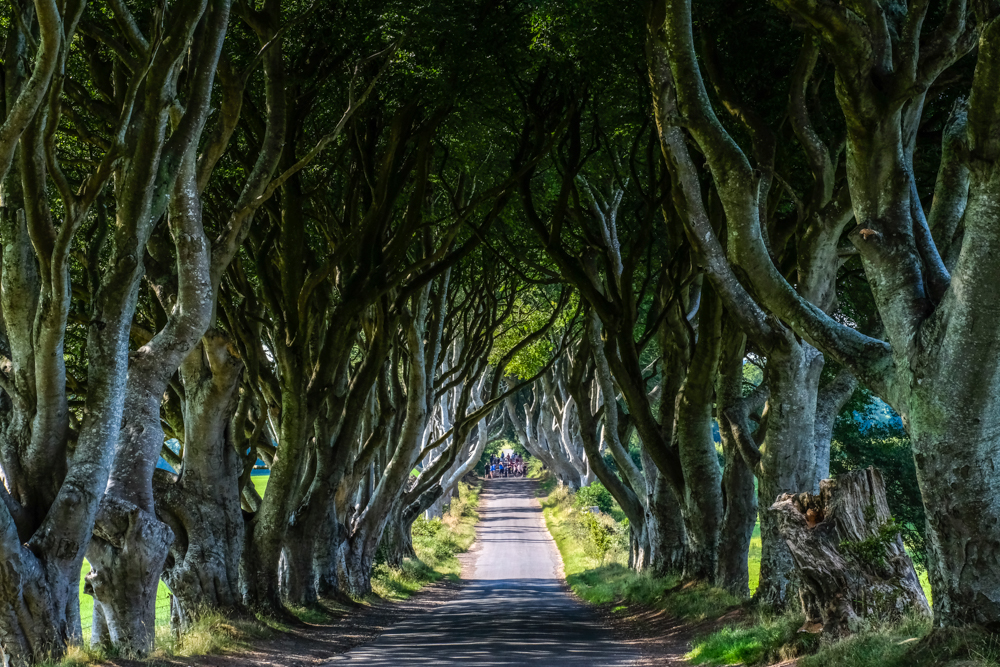