Ever see “The Birds” by Alfred Hitchcock?  Karen, the photographer, we worked with in Skye, has recommended we take a short boat cruise to the Isle of May in the Firth of Forth to see puffins.  We aren’t birdwatchers but are curious about the puffins.  We will join the other day trippers shoving off from Anstruther in Fife in a small passenger boat.  The island which is only 1.8 kilometers long and less than half a kilometer wide and controlled by the Scottish Natural Heritage is 45 minutes away.

I first heard about puffins from our friends, Terrie and Dave Sanders.  They have traveled to almost every continent in the world, their eyes peeled for puffins.  Well, if you want to see Puffins, head to the Isle of May.  Over 90,000 of these little “Sea Parrots” can be found flying, swimming and raising their young in burrows all over the island.  The island is the nesting ground for seals as well as guillemots, razorbills, shags, cormorants and terns.  Terry’s photographs of the little birds using a zoom lens and tripod will be hard to beat. 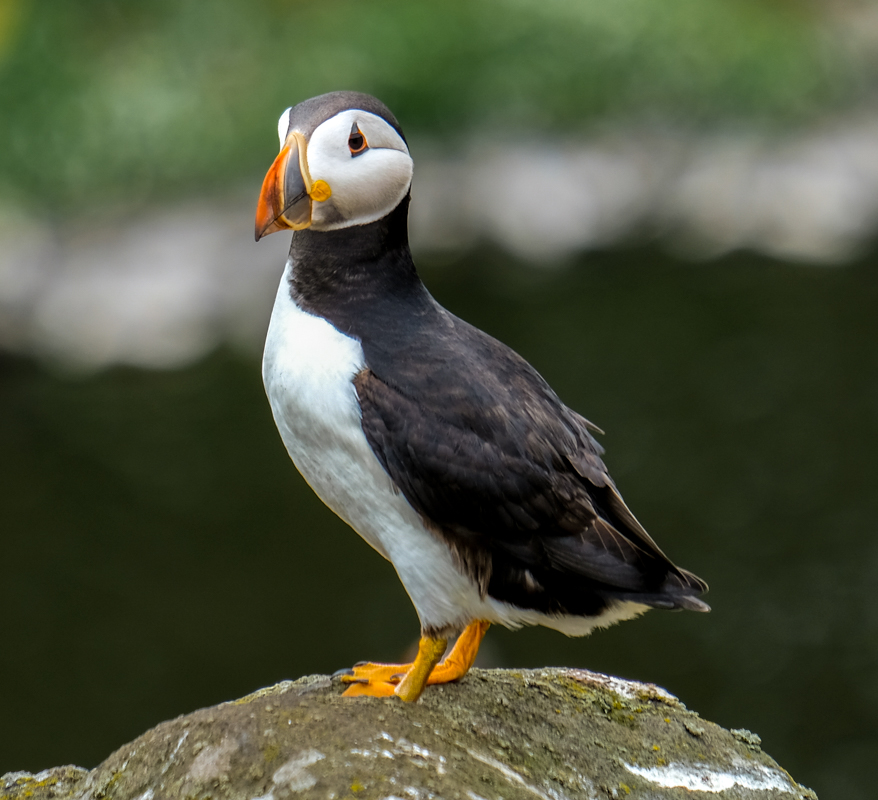 You can see up close these cute little things look like a cross between a penguin and toucan.  They shed the colorful outer part of the bills after breeding season, leaving a duller beak.  So we were lucky to photograph them wearing their very best.  We watched them fly awkwardly over the ocean’s surface beating their wings up to 400 times per minute.  Those short wings are adapted for swimming with a flying technique under water. 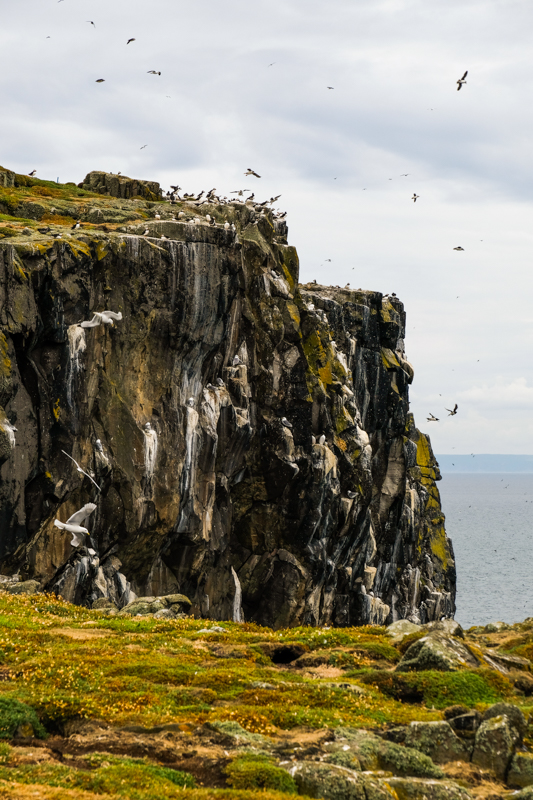 We found out when the chicks are ready to leave the burrow nest they walk with their parents in the dead of night to “fledge” or get to the edge of the cliffs and jump.  OMG!!!  If they make it into the choppy water below, they will spend the next four years on the water before returning to the island to breed.

The island is also a research center and we must stay on marked walking paths. No one wants to take a chance of stepping into a burrow and squash a chick or egg.   We are given about 3 hours to explore.  We brought lunch and feasted while watching the birds dip and dive.  I did feel a little guilty about included hard boiled eggs in the lunch we brought.