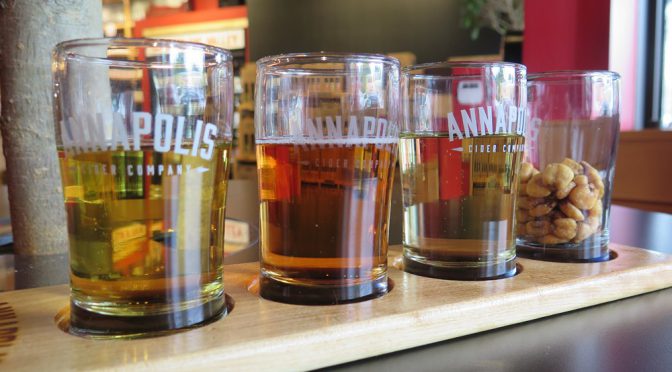 The hot new thing (really an old thing back for an encore) is HARD apple cider.  We went to Wolfville, a university town, to try some.

The Annapolis Cider Company has a store front cidery right in the middle of downtown.  They have tasting of their locally grown apples.  With names like Heirloom, Crisp & Dry, Geneva Crab Rose and Northern Spy we found them refreshing, yet tasting like beer.  Perhaps I just need to refine my palette.

Grand-Pré is a powerful monument that unites the Acadian people. Visitors to the site will uncover the tale of Le Grand Dérangement: a tragic event in Acadian history that has shaped the vibrant culture of modern-day Acadians across the globe through its quiet but powerful renaissance. The site commemorates the Grand Pré area as a centre of Acadian settlement from 1682 to 1755 and the Deportation of the Acadians, which began in 1755 and continued until 1762. For many Acadians throughout the world, the site remains the heart of their ancestral homeland and the symbol of the ties that unite them to this day.

The Grand-Pré 2017 will be a reunion 400 years in the making between the Mi’kmaq and Acadian people.