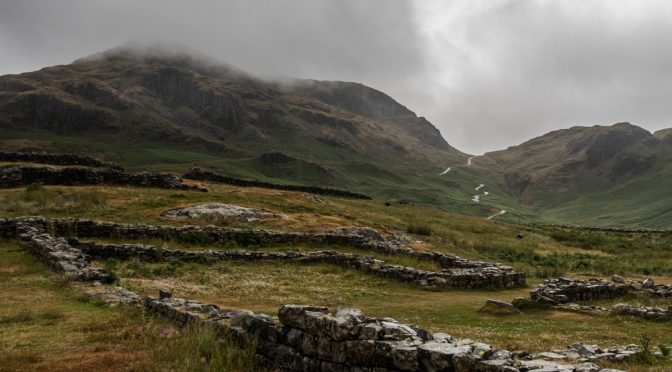 We have driven into the Lake District National Park and have arrived at The HIllthwaithe House.  The hotel is on the mountainside elevated above Windermere, the largest natural lake in England.  The roads remain challenging, but I think Terry is getting the hang of the narrow roads and roundabouts.  I hear a lot of mumbling under his breath, but so far so good.  Our right side rear view mirror is still attached and that’s saying something!

We are meeting Melvin Nicholson www.melvinnicholson.com for a one of our last workshops. Melvin is an amazing photographer and we feel like we know him after watching his YouTube videos.  It is blessedly cool this morning and we throw our rain jackets in just in case.  Off we go to our first location on the lake. 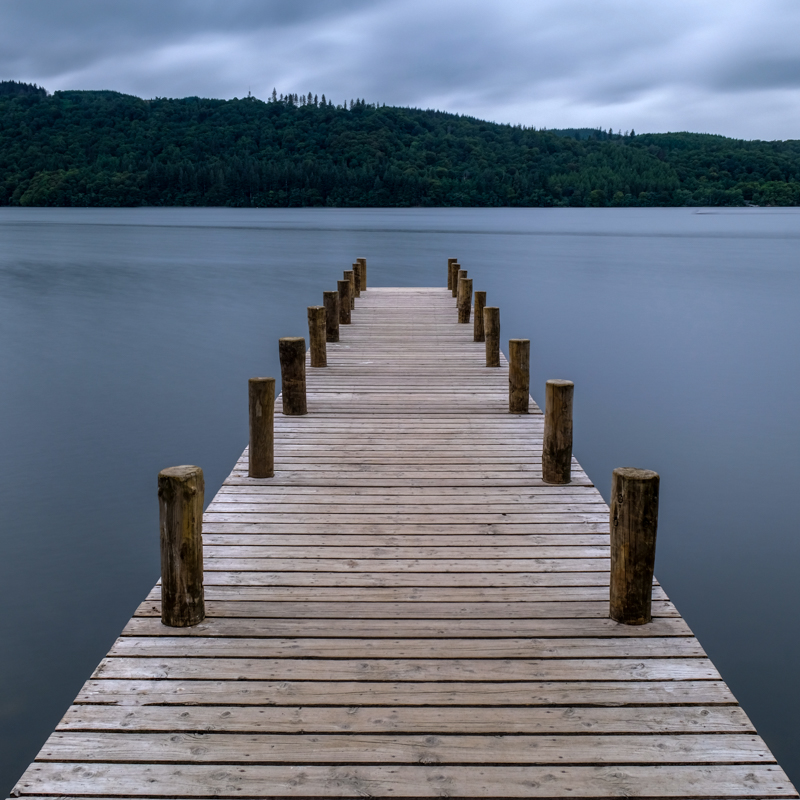 Terry and Melvin set up at a lake pier using special filters. Here’s the finished shot.  The filter allows for a 20 second exposure and gives the surface of the lake a milky texture.  We move to our next location, Rydall Hall.  Here there are over 30 acres of planted gardens.  We set up in The Grot (grotto) built in 1668 by Sir Daniel Fleming as a place to frame and enjoy Rydal Falls.  William Wordsworth was known to be particularly fond of The Grot and wrote about it in his poem “Evening Walk.” 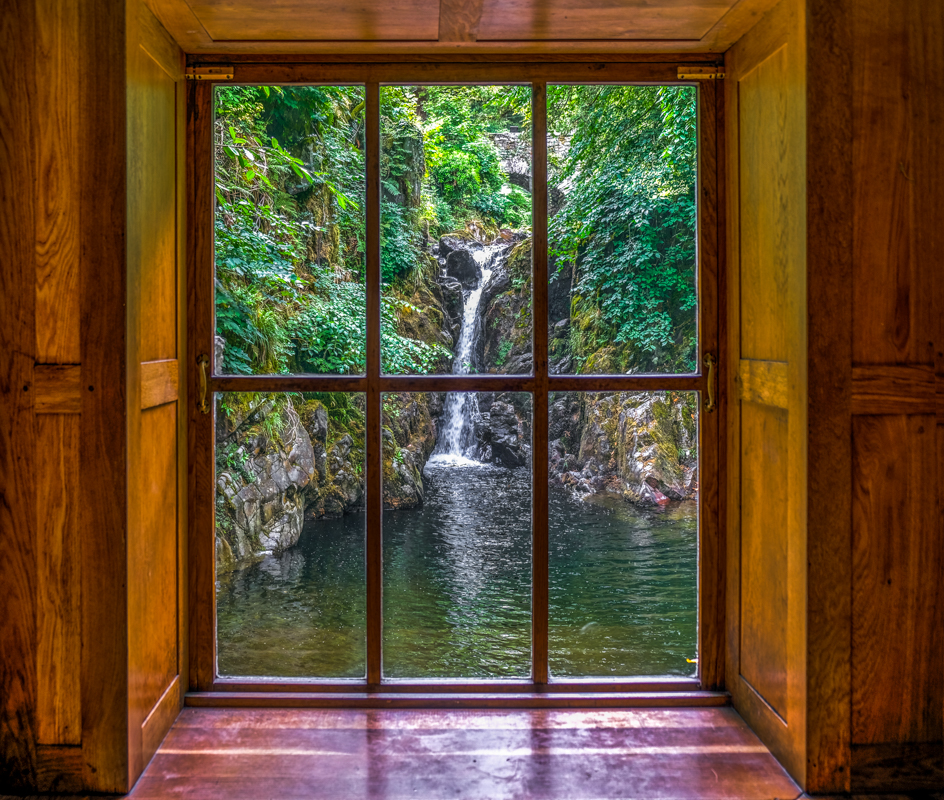 No filters this time, however Terry has taken two photos of the window inside the Grot and will press them together using the computer to get the final photo shown here.  One shot is overexposed get the detail of the wood work surrounding the window.  The other is shot is underexposed to get the detail of the waterfall through the window.  The photo above gives him the ability to show the beauty of the woodwork and waterfall in one photograph.  In the gallery below there is a photograph of the exterior of the Grot with the waterfall in the background.  If you look closely through the door, you can see the lower left portion of the framed window.

The drought throughout Ireland, Scotland and England has depleted the water flowing down the rivers and streams and waterfalls removing some of the drama of the water that generally “gushes” over the rocks.  We are enjoying the rain today.  It has washed the countryside and brought out the deep saturated colors of the stone and grasses.

Our last location, the Roman Fort at Hard Knott Pass, can only be reached by a one-lane tract with a 30% grade, sharp switchbacks, hairpin turns and oncoming traffic. The photo at the top of the blog shows the road in the distance climbing back up the mountainside.

Melvin is a master driving the terrain, but I must admit sitting in the front seat bracing myself as we bump up and down this road feels very dangerous.  There are no guard rails to keep us from going over the edge.  In some places I look down several hundred feet to a rocky bottom dotted with green ferns.  I think the best course of action is to keep my eyes glued to the road ahead and not look down. 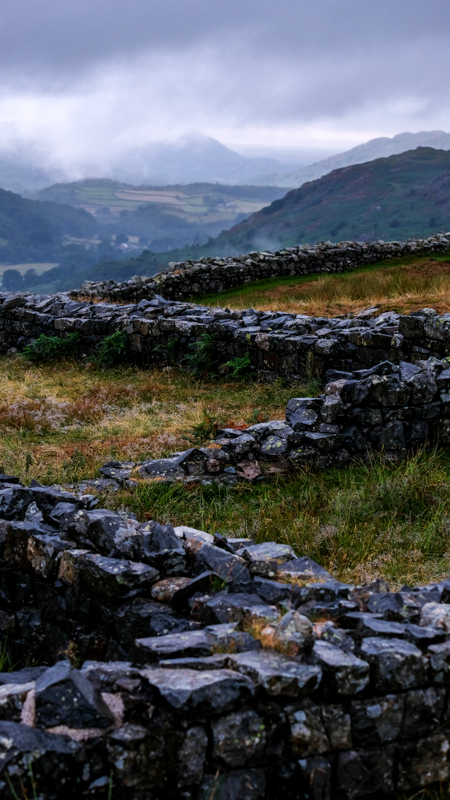 We take a sharp turn, go down a 30% grade and realize the ruins are behind us.  Back up the slippery slope and we find the entrance.  We are in the mist at the top of the mountain range.  We don our rain jackets with hoods and march off to look at the fort built in the second century by Emperor Hadrian.  It was built to prevent an invasion of Roman Britain.  Who in the world would try to get into Britain via this route?   I found out later the road to the fort is notorious as the steepest and most treacherous mountain track in all of Great Britain.  I can only think of how difficult it would have been to construct and supply a military encampment of its size considering the difficulty we had in accessing it in a modern automobile.

Melvin has made taking terrific photographs easy.  We have thoroughly enjoyed our day with him. I am looking forward to my seat at the dinner table – a seat that does not swing, sway, lurch or shift from side to side.