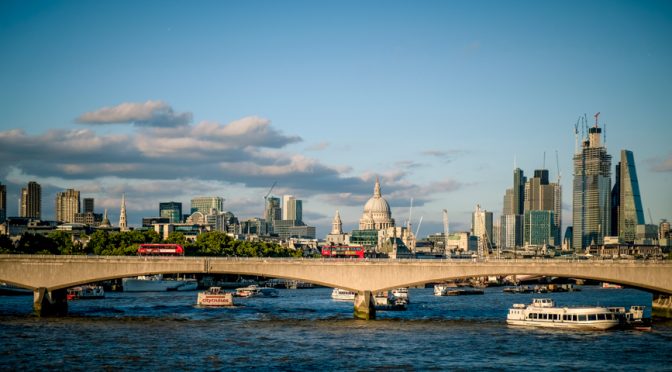 Well, we are here on the last stop of our trip.  The apartment is a corner unit on the third floor of a neat brick building.  Alfred Place is in the Fitzrovia section of London.  The British Museum is just around the corner…and I quite like it.  Large windows wrap both exterior walls of the flat.  The natural light is softened by several beech trees towering up to the fourth floor.  Their camouflaged wrapped trunks and dinner plate size leaves peak into almost all the windows.  When the breeze blows through these giant canopies we enjoy a soft wind chime concert.  It’s a bit like living in a tree house.

Our first night is spent with Lou Smith of London Photo Tours.   We begin just before sunset to photograph Big Ben, the London Eye and the Parliament Building along the River Thames.  We continue our shoot until about 11 p.m.  The Eye is Coca Cola Red at night.  Terry’s shot in the gallery shows the scaffolding about Ben in his second year of a four year restoration project.  The wide strand along the river under The London Eye has street performers, outdoor cafes with both young and old taking advantage of the moderate temperatures and carnival atmosphere.

We are only here for a couple days and since we both have been to most of the important sites before such as the London Tower, Buckingham Palace, Parliament and the National Museum, we decide to see to see duck into the British Museum for a couple of exhibits and then just walk Chinatown, Soho, Chelsea and Hyde Park.

We are off on our first morning to explore.  I stop to take a photograph of a tile mural and a very nice English gentleman named Terry (hahaha), no really, Terry stopped to ask if we needed directions.  We got to talking and he shared with us that most days in his retirement he goes to the museum to sketch.  He is curious if we have been into the Building Center just across from our flat.  We had not, so he detoured us inside.  Much to our delight there is a scale model of the entire city of London.  He pointed out all the old and new sections of the city.  This is a center for large businesses to display their new products that will contribute to a better future for London.

The Adelphia Theatre in the West End is our destination on our second night.  My brother, Bob, had just been to London and said if you want to laugh, get tickets for Kinky Boots.  Some of you may remember the 2005 movie by the same name…if you haven’t seen the play…run, don’t walk…it is quite funny and has great energy.  The audience was on its feet by the end of the performance.

Our last morning began at the British Museum.  The “Elgin Marbles” permanent exhibition is our goal. We took a short cut and entered the museum through the new millennium expansion.  It is a shocking to walk from a dark hallway into new area of the museum.  The only thing between you and the blue sky is a glass dome ceiling with a futuristic metal grid several stories high.  Terry’s photograph of the ceiling captures it perfectly.   Much to our delight and surprise while walking the walls marveling at the frieze, our new acquaintance, Terry, came up to say hello.   He gave us a crash course on sculpture and the “Marbles” history.

Now it’s time to name drop.  I’m not the only one on the hunt for the best food in London.  We were enjoying our luncheon at the Ivy in Soho and guess who sat just a couple of booths away.  Here’s a couple of clues.   Early on he played the guitar and sang with Rod.  Lately he plays and sings with Keith, Charlie and Mick….Ron Wood, big as life….I think he enjoyed the same hake dish as Terry.

The temperatures here are a lovely 76 degrees.  Folks are out bicycling, skating, running and riding horseback through Hyde Park.  We chose to sit in beach chairs by the lake.

Tomorrow we pack up and will be on our way home…. not a minute too early for Mr. T,  who has just informed me has just adjusted the thermostat at home to 79 degrees at home so when we arrive it will be comfortable….isn’t technology wonderful!